Soldering process produce fumes that are hazardous and it to be filtered by soldering fume Extractor. Also it is necessary to catch the harmful smoke before reaching workers breathing point and spread in Atmosphere. In addition, using flux containing resin produces solder fumes that, if inhaled, can result in occupational asthma or make existing asthmatic conditions worsen. The fumes can also cause eye and upper respiratory tract irritation for workers.

SOLDERING EFFECTS:
Melted or heated silver and gold can produce fumes – and it’s never a good idea to breathe any fumes or dust created when metal is worked. Over-exposure to silver fumes is unusual, though, because it can permanently change the colour of one’s eyes and skin.
Solder fume can contain many of the compounds shown below, of which approximately 99.5% are particles and 0.5% are gases. The design of any filtration system should take these facts into account as these fumes can pose a serious danger to the health of employees who are exposed to them.

Solder fume is one of the top causes of occupational asthma in the workplace. This is caused by respiratory sensitisers, which are substances that when breathed in can trigger an irreversible allergenic reaction in the respiratory system. Once this sensitisation reaction has taken place, further exposure to the substance, even the tiniest trace, will produce symptoms.
Once a person is sensitised, continued exposure can result in permanent damage to the lungs and increasingly severe symptoms. Because of this, some people have been unable to return to soldering work for the rest of their lives. Pregnant women should be aware of potential hazards to the fetus from many of the chemicals used in jewel processes and should avoid exposure to metal fumes and dust in particular. Cleantek soldering fume extractor assure safe from above issues. 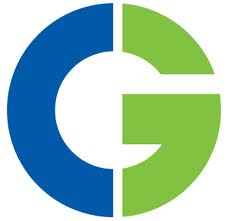 Find us how we can help/Send your requirements in details. Send Enquiry